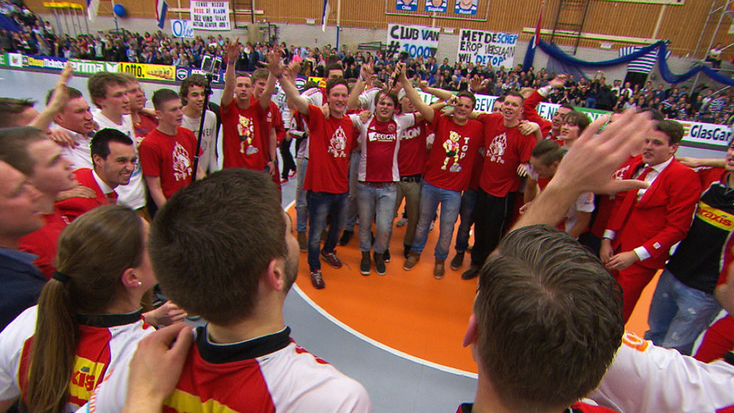 The final of the Dutch Korfbal League will again this year between TOP and PKC. Defending champion TOP / Quoratio reached the final by the third game in the playoffs in Amsterdam to defeat Blauw-Wit. The team from Sassenheim won convincingly 27-18. PKC / SWKGroep already qualified for the final battle at Ahoy, which will be played Saturday.

Blauw-Wit managed Sunday to force it to a third game. In the decisive game, again in Amsterdam, TOP was a bit too strong for Blauw-Wit.